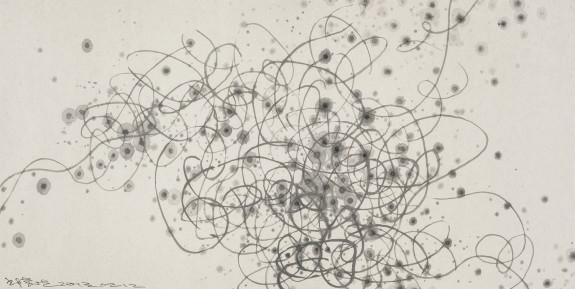 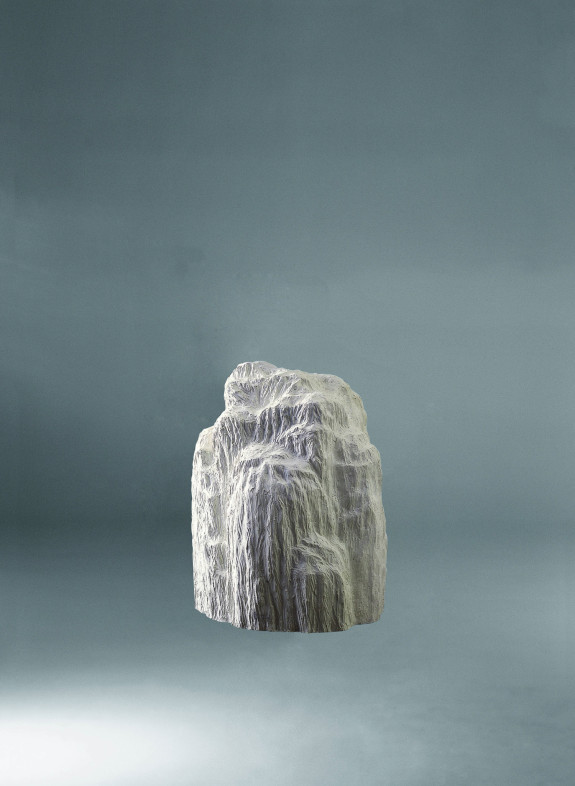 Nature has been revered in Chinese culture since ancient times. For thousands of years, poetry and painting have unfolded in a manner that embraces shan-shui landscape with praise, admiration, and an awe of nature. The culture’s infatuation with nature is akin to a religious belief, upon which China ‘s cultural ideology and philosophy have been built. China’s natural landscapes act as a settling place for the collective existence of the Chinese people, an object of political analogy, a way for them to express feelings and thoughts, and a means through which they make sense of the world and contemplate life.

If it can be said that a certain culture can be handed down and inherited, then this cultural attitude of devotion to nature is an example of this phenomenon, and has gone uninterrupted and undiminished to this day. If we say that culture is a kind of force, then from ancient to modern times, the appreciation of natural landscapes has become part of the collective subconscious of China’s cultural heritage; through social and political reform and tectonic cultural shifts, it has been immutable, remaining resiliently present in our every breath and action. Chinese culture’s love of natural landscapes is not merely centred on the spirit or supernatural realm of nature, but a system that houses knowledge of human and societal relations.

With the passing of time and epochal shifts, the face of China today has radically changed, not solely from the perspective of the international community which looks to China with curiosity and a desire to explore, but even from the standpoint of the Chinese people, to whom the vast and unprecedented changes China has undergone also come as a surprise. In terms of physical change, the Chinese people are shocked by the rapid sprouting of high-rise buildings and complexes that signal China’s urbanisation as a whole. On the one hand, while it seems that the Chinese people’s majority reaction to the rise of material culture in their country is one of praise, on the flip side, the spiritual vacuum that comes with it is cause for worry—even anxiety—because on a certain level, the rapid development of materialism is causing the realm of spiritual consciousness to lag behind or become lost.

The group of Chinese artists that were born at this critical juncture are the receptors, respondents and representatives of this state of cultural affairs. Diligently taking on the task of reconstructing self-awareness, they focus their efforts on the pursuit and expression of spiritual beliefs; to them, physical media serve as vehicles for conveying their inner spiritual worlds; the reality they seek to express is that of the life of an individual existing in China’s present cultural sphere. The group of artists invited to participate in this exhibition have all unremittingly pursued the world as their subject, nature as a means of expressing the psyche, and cultural existence as a mode of comprehension. While the mediums these artists deploy are varied, their works all take nature and its landscapes as their focal point. Considering their work from this perspective reveals the way in which they seek to appeal to human consciousness through art, and to entrust the spirit of nature with resisting the crisis of spiritual alienation.

Since the 1980s, Xu Bing has explored, dissected and analysed the numerous factors that hold Chinese culture together: the paradoxical nature of character configurations, as well as the symbolism embedded in culture and the substantiality of appearances are highlighted through his use of a new form of English calligraphy in which what seems to be Chinese characters are made up of composite English letters, essentially revealing the innateness of culture. Through yet another series of works, Xu Bing demonstrates the mutuality of image and text in Chinese culture, and that the essence of culture lies in landscape.

Since the 1980s, Su Xinping has been outlining the limitlessness of the human imagination and the mysteriousness of life’s fantasies through rendered views of northern grasslands. This reflects a type of spiritual longing and a move for self-redemption in hopes of finding solace for the soul, inherent in a generation of Chinese people who have experienced societal upheaval. Through subconscious release, Su Xinping’s large landscape series re-contemplates the source of the belief in finding one’s place and purpose that is present in Chinese culture.

Jizi entered the practice of shan-shui landscape painting in the 1950s, and his style underwent a substantial change in the 1980s; this shift was not simply about brushwork or ink, but one involving a profound consideration of how the intrinsic nature of Chinese philosophy could be harmonised with the universe, and one of melding subliminal spirituality with the universe. The resultant bold and forceful spirit of nature highlights a revival of the broadness and extensiveness of Chinese culture in days past.

Taking destiny and nature as his conceptual focus since the 1980s, Xia Xiaowan explores the ways in which one’s spirituality is linked with the natural world. His perceptive instinct spurs his continual quest for nourishment in the context of the world at large. He deconstructs Chinese landscapes into three-dimensional “slices”; it is as if hidden cultural meanings have been re-awakened in these seemingly new, transparent artistic landscapes.

As the Director of CAFA Art Museum in Beijing, Wang Huangsheng has organised a great deal of influential exhibitions both at home and abroad, and as such further cultivated his own art consciousness and spirit, moving from traditionalism towards the purity of modernism, and also towards the new appeal of contemporary ink. Wang is an artist who pursues the intrinsic stage of Chinese painting, conscientiously building a contemporary visual form; in this is manifested a freedom of artistic substance.

Zhang Wei is an artist who studied in the former Soviet Union, Russia. When studying European sculpture, a powerful personal driving force was thinking of special ways to express the social, cultural and political changes that China as a country and society had undergone, in the context of Chinese culture rather than Western. Amongst the genres of sculpture, landscape sculpture had never existed, which implied that it was not possible to sculpt a landscape. Zhang Wei, however, after undertaking extensive exploration, made landscape sculpture a reality, establishing it as a unique art form in its own right—this was the product of delving deep into China’s culture, and gestures at how living traditions can be pre-existing traditions that have undergone reflection and re-creation.

Using the tangible to reflect the intangible with the splash of his big ink brush, Lan Zhenghui’s work is precisely a form of expression of the Chinese cultural belief in unrestrained sensuality, and is also reflective of new modes of comprehension and understanding that do not subscribe to conformity. Impulse and stability are unique characteristics of his works, and are also a means of exploring the mastery of contemporary ink. Ink art was never meant to become stagnant, so his bold and unfettered experiments and perseverance characterise the artistic spirit much needed in the present day.

The spirit of China is comparable to that of a mountain in that it is lasting, constant, and embodies indomitable perseverance and vitality. If it did not possess this charm and value, its natural landscapes would not be the chosen subject of so many artists’ work and their investment of decades of effort in artistic creation. This spirit is strong—it is visible, tangible, and gestures at possibilities for shan-shui landscapes being a visualisation of the spirit of the Chinese people. As long as we hold fast to a respect for and love of nature, our lives could flourish and be endlessly enriched. The realm of nature is eternal—we, too, must ensure our spirituality is as long-lived.