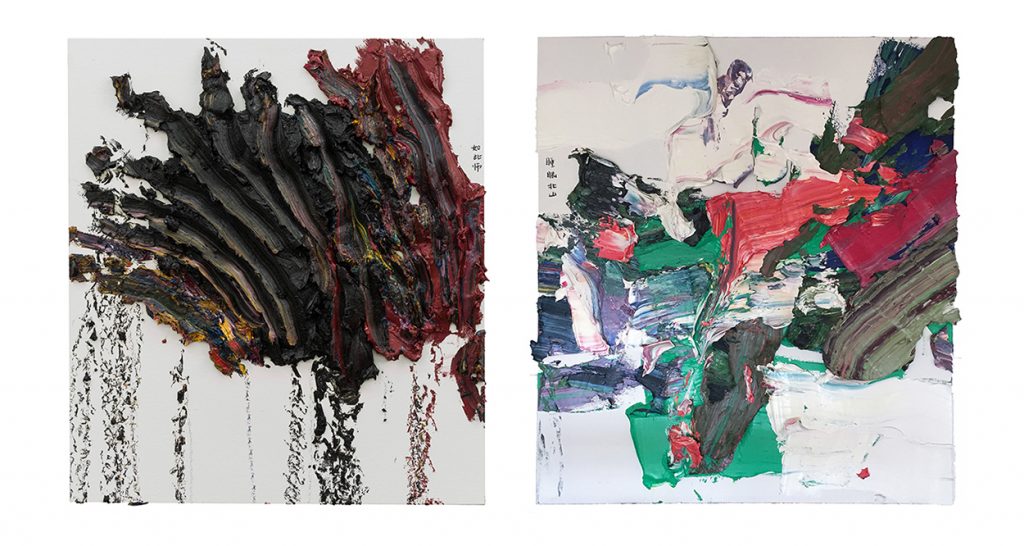 New York  (February 26, 2018)—Pearl Lam Galleries, one of Asia’s leading galleries with spaces in Hong Kong, Singapore, and Shanghai, announces its inaugural participation in The Armory Show 2018 (8–11 March), one of the world’s premier art fairs, which will be staged at Manhattan’s Piers 92 & 94. The gallery will present works by two Chinese contemporary abstract artists, Su Xiaobai (b. 1949, Wuhan, China) and Zhu Jinshi (b. 1954, Beijing, China), who are considered among the top contemporary abstract artists in China today and have shaped a vision of Chinese art that combines influences from Western art with those of ancient China.

“We are delighted to be exhibiting at The Armory Show for the very first time. Establishing a presence at this important New York-based show allows us the opportunity to further deepen the strong relationships we have fostered over many years with our US-based collectors, as well as establish new relationships with collectors from the US and New York, which is undoubtedly one of the great centers of the art world,” said Pearl Lam, founder and gallery owner. “Given the strength of the market in the US and internationally for both the artists we have chosen to show, we look forward to exhibiting completely new works by Su Xiaobai, which will be exhibited for the first-time ever alongside pieces by Zhu Jinshi.”

While other Chinese artists of their generation left for New York or Paris, Zhu Jinshi and Su Xiaobai headed to Berlin and Düsseldorf in the 1980s and 1990s, where they were granted fellowships and lived for a number of years. During their time in Germany, both Su and Zhu met Western artists and were exposed to new forms of Western art and a completely different culture. This experience encouraged them to think deeply about their Chinese roots, examining the rich traditions of calligraphy, cursive script, poetry, Taoism, Buddhism, and other ancient artistic and spiritual practices at the heart of Chinese culture. It is through a Chinese perspective that these artists filter modern influences in their art. Taking an early interest in Western abstraction, their uses of material engage in a dialogue with Modernism and redefine one’s understanding of objecthood from a unique cultural perspective. This is achieved by pushing the physical limitation of what constitutes a painting to its extreme. Their approaches are often steeped with a literati sensitivity in their pursuit of a pure form.

Both Su Xiaobai and Zhu Jinshi’s artistic output is also representative of Yi Pai, a theory that was developed by Professor Gao Minglu, a distinguished scholar of Chinese contemporary art. The core belief is that Chinese abstract art does not evolve from Modernism but from ancient Chinese beliefs, traditions, and philosophies, particularly the ink brush philosophy and principles from the Tang dynasty where calligraphy, painting and poetry—the Three Perfections—are combined into one.

Su Xiaobai was influenced by Gerhard Richter and Markus Lüpertz, in particular by their quality of restraint and control, and shifted away from his earlier work that investigated formal quality, materiality, and the relationship between an art object, the wall, and space. His art expresses a strong appreciation for the literati tradition of China that has largely been erased by the Cultural Revolution and industrial modernization. Following his return to China in 2003, Su’s work has increasingly focused on the essential characteristics of Chinese lacquer and color, shape, and the painted surface. Over the course of four to five years, Su developed his own technique of working with lacquer. His works both represent his artistic choices and are also the result of chance, as lacquer can dry in unpredictable ways. Having eliminated recognizable subject matter and imageries from his paintings altogether, Su’s output engages both with the language of Western abstract art and also with the traditions of Chinese philosophy, including the Buddhist Sutra: “Everything is nothing, nothing is everything.”

The new works on show by Su Xiaobai will be recognizable by his use of traditional Chinese materials. The artist focuses on essential qualities such as color, shape, and texture, which in various combinations produce distinctive surfaces, ranging from smooth and jewel-like to carved and abraded, with their own history and character. Among Su’s new works to be presented, highlights include his oil, lacquer, linen and wood artwork, Chinese Green (2017), which measures 153 x 146 x 16cm (60 1/4 x 57 1/2 x 6 1/4 in.), as well as his work titled Coal as Ink (2017), which was produced using oil, lacquer, linen, and wood and measures 170 x 162 x 15 cm (66 7/8 x 63 3/4 x 5 7/8 in.).

During the 1980s in China, Zhu Jinshi was heavily influenced by Joseph Beuys. The artist’s expressionistic paintings articulate the relationship between abstraction and emptiness from the perspective of Zen Buddhism and Taoism. His technique relates closely to the spirit of Chinese ink painting and calligraphy, which seeks a unity with nature in pursuit of achieving a harmonic state. Zhu’s exploration of the art form over the past 35-plus years has made a unique and enriching contribution to the history of abstract art in both Asia and the West. A selection of Zhu’s large-scale, vibrant oil on canvas paintings will be presented at the show. The thick layering of paint—applied with shovels and other heavy-duty equipment—gives the works a three-dimensional, sculpture-like effect and often takes several years to dry. The artist’s method of creating abstraction derives from the ink approach, in which the mind must be empty and the artist’s hands connected to heaven, earth, and heart.