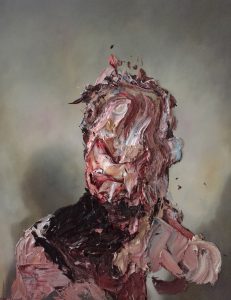 Shanghai—Pearl Lam Galleries is pleased to announce its participation in the 2016 edition of ART021, presenting artworks in the Galleries section at stand E01. In just its fourth year, ART021 is developing into Shanghai’s preeminent international art fair, attracting top galleries from China, the rest of Asia, and other parts of the world. The fair returns to the Shanghai Exhibition Centre in Shanghai, China and will be open to the public from 12–13 November, 2016 with two collectors previews and a vernissage on 10 and 11 November.

Pearl Lam Galleries’ stand will feature works by leading contemporary artists from across the globe, including Chinese artists Li Jingxiong, Qiu Deshu, Ren Ri, Su Dong Ping, Su Xiaobai, Yang Yongliang, Zhang Jianjun, and Zhu Jinshi; Indonesian artist Gatot Pujiarto; Mexican artist Bosco Sodi; and British artists Antony Micallef, Kour Pour, Sinta Tantra, and Yinka Shonibare MBE. Although these artists work with a variety of mediums and subject matters, they all contribute to the Galleries’ mission of stimulating cross-cultural dialogue on contemporary art between China, the rest of Asia, and the West. Each is engaged with their cultural background and issues relating to identity, be they national, societal, or cultural.

Described as a modern British Expressionist and recognised as one of the finest painters in contemporary art today, Antony Micallef (b. 1975) roots his work in social commentary and self-examination. He will be exhibiting Raw Intent No. 6 (2016), which is a complete departure from his earlier works, featuring an abstract figure. By using an impasto technique, the material is pushed to its extreme and blurs our reading of painting and sculpture; Micallef twisted the paint to further distort the depicted figure in the hope of realising an embodiment that will “breathe” on its own.

Kour Pour (b. 1987) was inspired by an early education in textiles from his Iranian-born father, who owned a carpet shop in the UK during the late 1980s. Pour’s series of carpet paintings, which take months to prepare, are based on designs the artist has researched from exhibitions and auction catalogues. Each design is highly labour-intensive and incorporates a range of techniques, including scrupulous hand painting, silkscreen printing, and applying paint layers with a broomstick, sanding down, and repainting. The pieces are informed by an interest in carpets and their role in the world as an object of craft—people weaving in a community, the history, the patterns, the figures, as well as their status as collectable commodities.

Indonesian artist Gatot Pujiarto’s (b. 1970) works explore the abnormalities, weirdness, and tragedy of both uncommon events and everyday life. In his latest work Mencair/Melting (2016), Pujiarto demonstrates the flexibility of one’s mind; humans can “melt” themselves in order to adapt to conditions and their surrounding environment. The visual sensation in his works is combined with the unique textures that are created by pasting, patching, layering, tearing, binding, and by making fabric patterns.

The gallery will be exhibiting Beast 54 (2014–15) by Chinese artist Li Jingxiong (b. 1987) for the first time at ART021. The work was inspired by Victor Segalen, the legendary French author, archaeologist, poet, and literary critic who also served as a naval doctor. After travelling to China in 1909, he left behind a number of photographs and manuscripts. Li uses a series of actions, such as printing, wiping, cutting and polishing on the metal plate, to break the smoothness and clarity of Segalen’s original image. Li is interested in exploring the remnants of the aesthetic traces in history, passing on a fresh perspective to audiences.

Qiu Deshu (b. 1948), a trained traditional Chinese painter, has developed his own technique to create his signature Fissuring works. Qiu applies colour to delicate Xuan paper, which he then tears up before adhering to a base layer, often leaving space in between the fragments to create a pictorial field with the crack and crevices that he feels are symbolic of life’s journey.

Ren Ri’s (b. 1984) art is known for his beeswax sculptures. Considered an unusual and difficult material to work with, Ren Ri’s understanding of bee psychology and nature assist him in his creative process. He works in collaboration with insects to create his mesmerising artwork. To manipulate natural processes, the artist must find a balance as he cooperates with nature to accomplish his artistic goals.

Yinka Shonibare MBE’s (b. 1962) works explore issues of race and class through the media of painting, sculpture, photography, and film. Having described himself as a “post-colonial” hybrid, Shonibare questions the meaning of cultural and national definitions. His family attached great importance to education. His sculpture Girl Balancing Knowledge (2015) features a girl carefully balancing a stack of books in her left hand and links to the artist’s life back in Lagos and London where he was educated.

The Galleries will also exhibit a work by Mexican artist Bosco Sodi (b. 1970) for the first time at ART021. Sodi’s instantly recognisable mixed media works are characterised by their thick, textured surfaces. These canvases are abstract in nature, but their cracked faces vividly call to mind arid earth, an effect Sodi achieves by applying a mixture of crude materials to canvas.

British/Indonesian artist Sinta Tantra (b. 1979) examines the territory between two and three dimensions—the balance of push and pull. Her works define the clarity between the two but also find endless ways of distorting it, questioning the relationship between painting and architecture. Influenced by her Balinese heritage, Tantra draws upon a bold and vibrant palette on an architectural scale, exposing the “architecture” of painting on raw linen, creating works that celebrate spectacle and question the decorative, functional, and social role of art. Tantra collages, layers and constructs with colour, an integral element in the artist’s work that straddles the language of art and industry.

Su Dong Ping’s (b. 1958) artistic language is based on the principles of calligraphy, which he learned from his father. In his abstract paintings, Su applies the concept of “bu miao”, which means not to follow rules docilely when writing calligraphy, but to let the spirit and thought flow on paper spontaneously and decisively.

The Galleries will also present the latest works by Su Xiaobai (b. 1949), one of China’s most distinctive painters whose works are both sculptural and painterly. Ranging from shell-like finishes to sensuous, curved profiles and abraded textures, they exist entirely on their own terms, exuding their own history, character, and independent presence.

Yang Yongliang (b. 1980) is best known for the intricate landscapes he creates by integrating layer upon layer of urban and natural images together. The artist believes that the future is increasingly moving towards digital media, but he still values painting as part of his practice. He will be exhibiting his video work Mountains of Crowds (2016) along with a mixed media painting, Vanishing Landscape—Shanshui #2 (2016), which he painted mainly using a mixture of acrylic and cement, a material closely associated with the urban landscape. Yang’s landscapes unfold themselves as a fable of the development of modern civilisation upon closer views.

Another innovator in contemporary Asian art, Zhang Jianjun (b. 1955) is an astute observer of time. He explores the elemental fabric of historical and cultural ideology, demonstrating the transience and mutability of the urban environment through his First Drop of Water series, which will be exhibited at the stand.

Last but not least, All That Remains (2016) by Zhu Jinshi (b. 1954), who is influenced by traditional Chinese aesthetics and philosophy that emphasises the harmony between human beings and the natural world, will be exhibited at the stand. His abstract heavy impasto paintings are created with completely free and uninhibited brushstrokes. Zhu believes that his perception and understanding of the world are well expressed only through contact and dialogue with materials; it is through this process that these materials express images from his mind in a spiritual way.