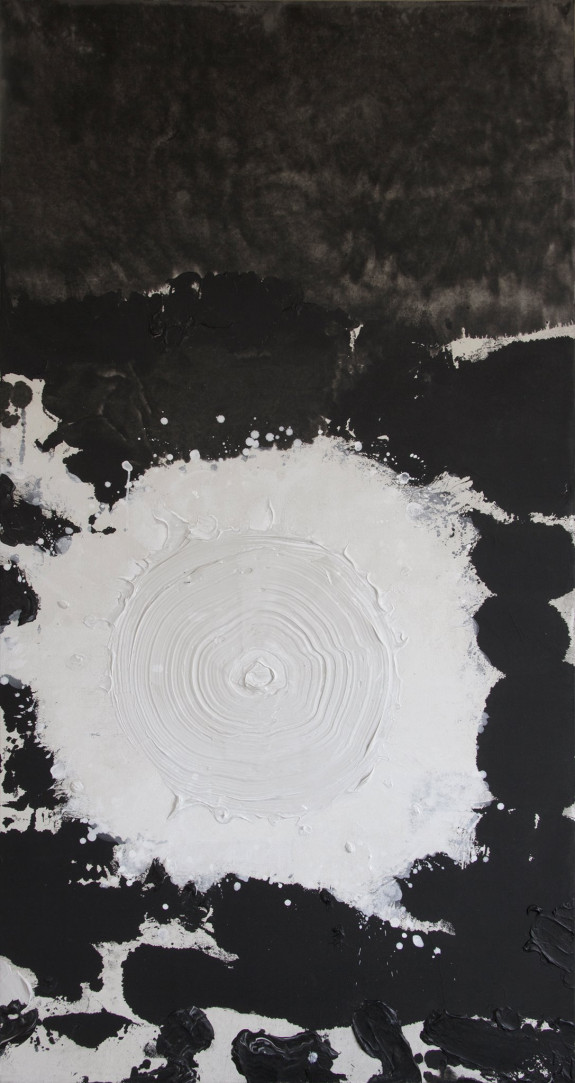 Zhang Jianjun was born in 1955 in Shanghai. He graduated from the Shanghai Theatre Academy’s Department of Fine Arts in 1978 and moved to the United States in 1989. Currently, Zhang is a professor at New York University Shanghai. He lives and works in both Shanghai and New York City.

Zhang began to pursue abstract painting in the 1980s. He expresses his personal perspective on humankind and the universe through the integrity of language and constantly explores the existence of the ontological status. His work displays a great sense of belief and understanding of Oriental style.

Zhang’s Existence series typifies “rationalistic painting”, a movement of Chinese avant-garde art that appears after 1985. Rationalistic painting is also a branch of Yi Pai, where artists employ squares, circles, dots, and lines from traditional Chinese ink painting to depict the existence of the relationship between the material and the universe. “Rational” refers to concept and contemplation. The artists use loose and reserved brushstrokes to illustrate Oriental cosmology and existentialism. In 1986, Zhang Jianjun created his oil painting Humankind and Their Clocks, in which he painted people from different races staring at the universe with implications of humankind being confused by the immensity of space-time. This painting has greatly impacted many of his contemporaries. Zhang furthered his studies in the United States in the 1990s and has since shifted his focus to installation art. Much of his work explores the complicated relationships between different cultures, essentially between traditional Oriental and contemporary culture.

Zhang received an Asian Cultural Council Fellowship, two Pollock-Krasner Foundation Grants, a New York Foundation for the Arts Fellowship, and more. He was Assistant Director and Head of the Curatorial Department of the Shanghai Art Museum (1986–89) and has participated in the International Curatorial Program at MoMA in New York.