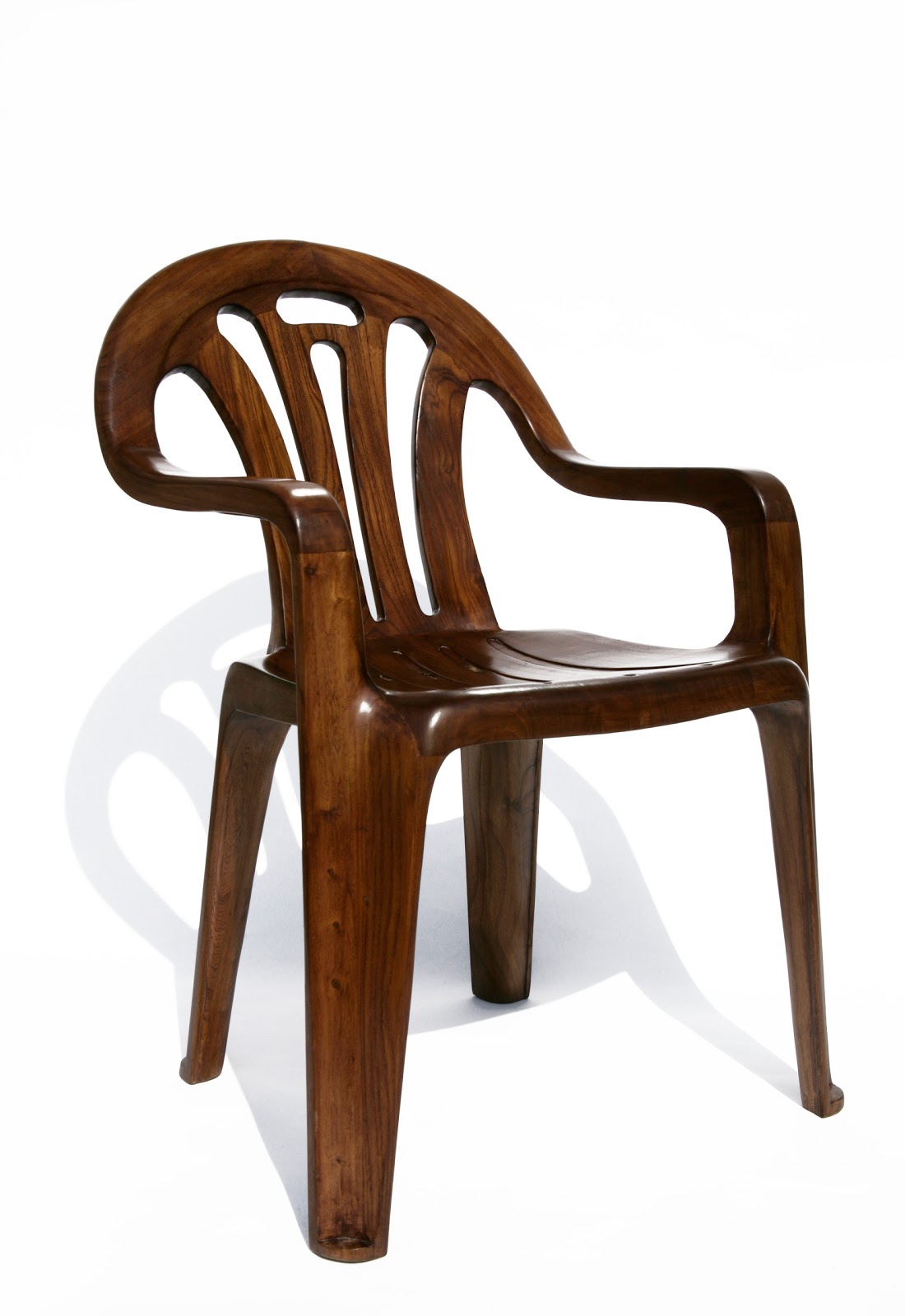 Dutch designer Maarten Baas (19/02/1978) was born in Arnsberg, Germany but moved to The Netherlands in 1979 where he grew up. Upon graduating from high school in 1996 he began his studies at the prestigious Design Academy Eindhoven. Baas designed the candleholder Knuckle, which was taken into production, while he was still studying. In 2000, he studied for several months at the Politecnico of Milan.

In June 2002, he graduated from the Design Academy Eindhoven with two designs. His two design works comprised of a series of charred furniture, popularly known as the Smoke series and an ingenious sundial, displaying the hours in shadow. His works were nominated for the René Smeets and Melkweg design awards. This led to his collaboration with a group of former Design Academy students, with which they were rewarded during the Design Week in Tokyo.

Three of Baas’s Smoke works have been reproduced by Marcel Wanders’ international design company MOOOI. It is thanks to the international exposure of successful exhibitions in Milan, London, and Paris that the Smoke series is considered by museums, critics, collectors and the design-informed public an iconic collection of contemporary design. Smoke pieces have been acquired by important designers and collectors such as Lidewij Edelkoort and Phillipe Starck. Baas’ Smoke chandelier was showcased at the Victoria and Albert Museum 2004 exhibition ‘Brilliant’ in London while a smoke chair was included in the ‘Nest’ exhibition in 2004 at the Stedelijk Museum (www.stedelijk.nl) in Amsterdam.

In May 2004, Baas debuted his Smoke series stateside in a solo-exhibition at Moss in New York. This monumental exhibition titled ‘Where There’s Smoke…’ offered 25 extraordinary unique pieces, each methodically burned with a blow torch and salvaged by translucent epoxy resin sealant. Baas, without fear or reserve, torched the classical designs of Gaudi, Eames,

Rietveld, Sottsass and the Campana Brothers among many others. The “Where There’s Smoke…” concept with Moss continued, with one of its highlights in July 2007, when Moss opened their new store in Los Angeles, presenting a burned 1934 Steinway grand piano.

In 2005, Baas began collaborating with Bas den Herder, who is now responsible for the production of all of Maarten Baas’ works. The founding of studio Baas & den Herder made it possible to produce Maarten’s unique pieces on a larger scale. This new collaboration allows for all pieces to continue to be handcrafted in Holland and for Baas to take on even more ambitious projects and private commissions from hotels, restaurants, galleries and museums all over the world.

Each of the pieces, which are made in this studio, is uniquely handmade by Baas and his team of ten assistants. All these pieces are signed, dated and –where required- numbered by Maarten Baas. Baas approaches design without knowledge of, or care for, predisposed boundaries. This approach was further strengthened by his 2005 exhibition at the Salone del Mobile in Milan, where he unveiled his Treasure, Hey, chair, be a bookshelf! and Flatpack Furniture which was yet again received with great anticipation and critical acclaim.

At the Salone del Mobile in 2006 Maarten launched Clay Furniture, which is recognized as the natural successor to Smoke and ultimately one of the most surprising projects unveiled at the festival. After which point, Cibone organized a solo-exhibition in Tokyo titled Clay and Smoke thus bringing his works to the Eastern market. 2006 also marked a second exhibition at Moss when they presented the Clay collection at the ICFF in New York and at Design Miami. That same year saw the Design Museum in London display 18 pieces from the Clay collection.

In 2005, Maarten collaborated with Ian Schrager’s design team on the new Gramercy Park Hotel. Maarten Baas supplied Smoke furniture for each room, several Clay works and a Smoke billiard table for the lobby. All pieces were hand made by studio Baas & den Herder and debuted at the August 2006 opening.

His collection, Sculpt, was launched in 2007 at the Salone del Mobile, Milan. Baas’collection consists of gracefully oversized chairs, cupboards, tables and chestsof-drawers. Each piece begins as a rough, hand-carved miniature model which Baas scales to life-size, deliberately producing well finished furniture which naturally contradicts their sometimes wood-veneered and metal construction. Each new work comes in a limited edition of eight. commissioned by Contrasts Gallery “Plastic Chair In Wood” and “Chinese Objects Object” at his self-organized exhibition during the Salone del Mobile in Milan, and at Contrasts’ stand at Design Miami/Basel. This August, Baas will unveil more new works at his solo exhibition The Shanghai Riddle at Contrasts Gallery’s Shanghai Design Consulate.

Maarten Baas lives and works in Waalre, near Eindhoven, in the Southern region of the Netherlands. It is there where he produces his handmade furniture and is continually developing new concepts and designs.